On September 2nd, 2015, CWLC’s Distinguished Guest Speaker Series examined California’s corrections system and the unique needs of incarcerated women and girls. The discussion focused on ways we can work together to address some of the realities of incarceration and ensure people re-entering the community after serving their sentence have the resources they need to not return to prison and lead successful lives.

Scott Budnick, the Founder and President of the Anti-Recidivism Coalition (ARC), opened the evening addressing specific challenges incarcerated youth and young adults face when they try to navigate the corrections system. He also discussed two bills that ARC sponsored this year: SB 261, carried by Senator Loni Hancock, which would expand eligibility for youth offenders and SB 382, carried by Senator Ricardo Lara, which would clarify existing criteria used by judges when determining whether a youth should be tried in either juvenile or adult court. As of September 14, SB 382 has been signed by the Governor and SB 261 is on the governor’s desk waiting his approval.

Heidi Rummel, a Clinical Professor at the USC Gould School of Law and the Director of the Post-Conviction Justice Project, moderated the panel and spoke about her experience working with advocate and panelist, Norma Cumpian. Norma was released on parole in 2010 after serving 18 years of a 19 years-to-life sentence. Norma shared her story of how domestic violence contributed to the life-altering situation that ultimately put her behind bars, and her journey to restore control over her life and become an advocate for others. 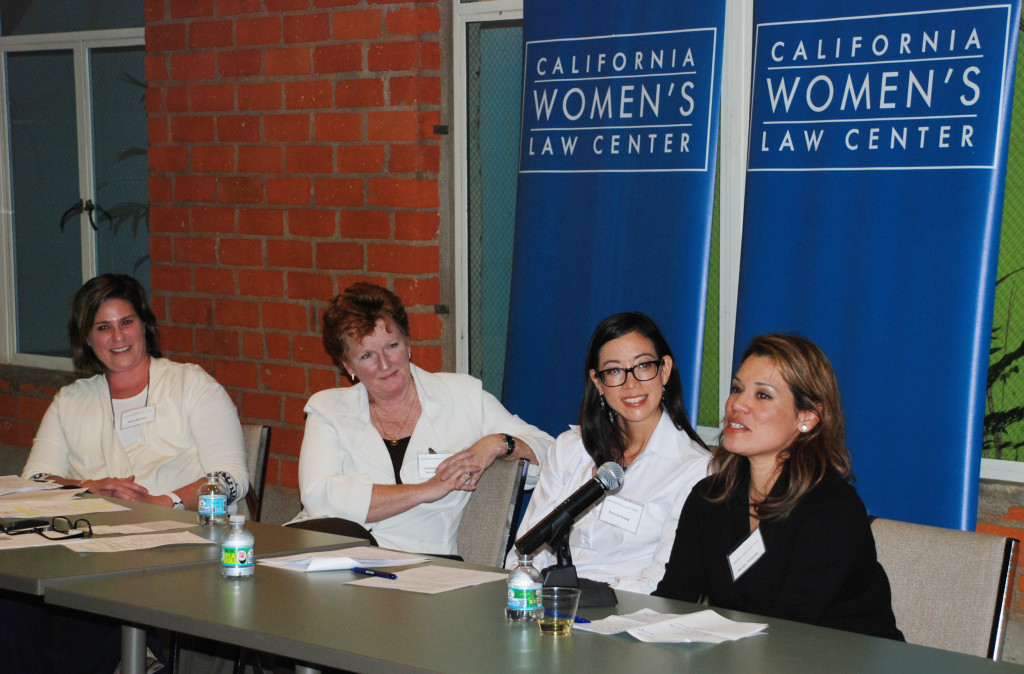 Patricia Soung of the Center for Juvenile Law and Policy at Loyola Law School, noted, “It is a given that all of my female clients have experienced abuse at some point in their life. It’s just a matter of time as to what point they wish to share their experience. Too often women and girls feel the need to protect their perpetrator. ” Patricia also noted, “A lack of self-esteem is the core issue that leads to the event where young people are sentenced to imprisonment.“

Terri McDonald, the Los Angeles Sheriff’s Department’s Assistant Sheriff of Custody Operations, discussed the value of treatment programs made available to incarcerated women. McDonald also noted the importance of supporting legislation like California’s “Ban the Box” law, which went into effect in 2014 and prohibits public sector employers from asking about a job applicant’s criminal background until the applicant has cleared early stages of the hiring process. Unfortunately, many Californians are still unable to obtain employment, certain professional licenses, and rental housing because of their criminal records. McDonald also emphasized the importance of family reunification and allowing incarcerated mothers more frequent and effective ways to spend time with their children, “The glass window barrier often creates more psychological harm than good.”

McDonald noted that jails are not built for treatment and rehabilitation. Prisons and jails are often traumatic environments, especially for those who are struggling to recover from violent pasts. The programs offered by organizations like ARC and other volunteers and service providers often play a vital role of giving incarcerated individuals hope for a better life.

Special thanks to the Feminist Majority Foundation for hosting our event.

View more photos from the event on CWLC’s Facebook page.