In appreciation of Women’s History Month, the California Women’s Law Center recognizes leaders in science. We thank the women who continue to break glass ceilings and achieve excellence in their field of work.

Thank you for celebrating and acknowledging some of the incredible women who deserve recognition for their work with us this month. Here’s to an inspiring Herstory Month! 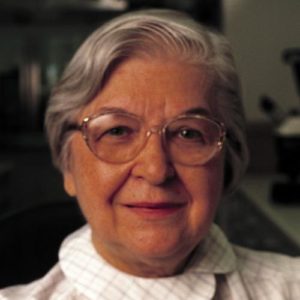 An American chemist, Stephanie Kwolek invented Kevlar, the first of a family of synthetic fibers with exceptional strength and stiffness. Kevlar is a strong plastic, five times stronger than steel, and is best known for its use in bulletproof vests, cars, boats, airplanes, frying pans, and about 200 other applications.

Ms. Kwolek was born in New Kensington, Pennsylvania and spent her early years learning to sew with her mother and explored the outdoors and studied plants with her father. She was interested in pursuing a medical degree, but after graduating from the women’s college of Carnegie Mellon University and securing a position as a chemist with the DuPont Company, she decided to make chemistry her career as she found the work too interesting to leave.

In the 1960’s DuPont asked Ms. Kwolek to search for the next generation of fibers capable of performing in extreme conditions. In 1965, Ms. Kwolek created Kevlar.

After retiring in 1989, Ms. Kwolek dedicated her life to introducing children, specifically girls, to science, and tutoring students in chemistry. Stephanie Kwolek was 90 years old when she died in 2014. 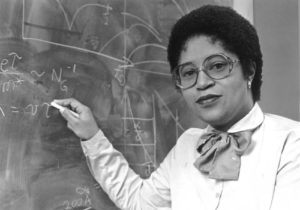 American physicist Shirley Jackson was the first African American woman to earn a doctorate in nuclear physics from the Massachusetts Institute of Technology (MIT). Dr. Jackson is most known for being a leading developer of Caller ID and Call Waiting on telephones.

Dr. Jackson was born and raised in Washington, D.C., and was encouraged by her parents to pursue her interest in science. Dr. Jackson graduated from MIT with a Ph.D. in theoretical elementary particle physics in 1973. After completing several years of postdoctoral research at various laboratories, she was hired by AT&T Bell Laboratories in 1976, where her work significantly contributed to the understanding of charged density waves in layered compounds, polaronic aspects of electrons in the surface of liquid helium films, and optical and electronic properties of semiconductor strained-layer superlattices.

In 1995, Dr. Jackson was appointed by President Bill Clinton to serve as chairman of the U.S. Nuclear Regulatory Commission (NRC) becoming the first woman and first African American to hold the position. In 1999, she became the first African American to serve as President of Rensselaer Polytechnic Institute and remains there today. From 2009 to 2014, she served on the President’s Council of Advisors on Science and Technology (PCAST) for President Barack Obama.

Today, Dr. Jackson serves on the boards of directors for many organizations and is a widely respected spokesperson for science.

“It’s hubris to think that the way we see things is everything there is.”
-Lisa Randall 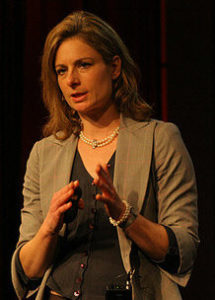 Born in 1962 in Queens, New York, Dr. Randall graduated from Harvard University with an undergraduate degree in physics and a Ph.D. in theoretical particle physics. Her work at attempting to explain the fabric of the universe led to models outlining the extra dimensions of space. Over the past two decades, Dr. Randall has made significant contributions to the study of particle physics, supersymmetry, and cosmology. Her theories on the existence of extra dimensions have made her one of the most well-known scientists in the world today.

Dr. Randall has received a variety of awards and honors including Seed magazine’s 2005 Year in Science Icons and Newsweek’s Who’s Next in 2006 as “one of the most promising theoretical physicists of her generation.” And, in 2007, Dr. Randall was named one of Time magazine’s 100 Most Influential Scientists & Thinkers. 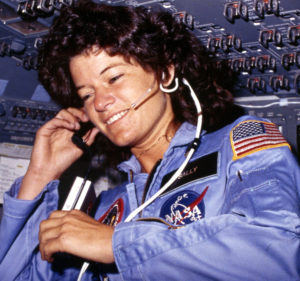 In June 1983, Sally Ride was the first American woman and the youngest American astronaut to go into space when she flew on the Challenger space shuttle at the age of 32.

Born in Encino, California, Dr. Ride was grateful for her parents encouragement to explore her passion for science. Dr. Ride graduated from Stanford with a bachelor’s degree in physics and English, a master’s degree in science and a doctorate in physics. In 1978, she was selected over thousands of applicants to be one of NASA’s six female astronauts.

Dr. Ride started her career as an astronaut on the ground, serving as a capsule communicator for the ground-support crew of the second and third shuttle flights in 1981 and 1982, respectively. In 1983, she experienced her first spaceflight as a mission specialist on STS-7, NASA’s seventh shuttle mission, aboard the space shuttle Challenger. During this mission, Dr. Ride and the other astronauts conducted the first successful satellite deployment and retrieval in space. And, she became the first American woman to travel to space a second time when she launched on another Challenger mission in 1984.

After leaving NASA in 1987, Dr. Ride joined Stanford University Center for International Security and Arms Control and later became a professor of physics at the University of California, San Diego.

Sally Ride died in 2012 at the age of 61. She believed it was important to encourage girls to study science, and today she remains a role model for girls everywhere.

“We must believe that we are gifted for something, and that thing, at whatever cost, must be attained.”
-Marie Curie

Thank you for joining CWLC in celebration of the amazing women who have helped shape our country and the great state of California.

To learn more about Women’s Herstory Month, and other women who have contributed to women’s herstory, click here.