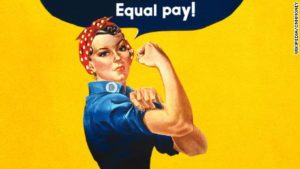 On Monday, the Ninth Circuit Court of Appeals held that relying on prior salary to justify a pay differential between a male and female employee is illegal. The 11-judge panel unanimously ruled that relying on such prior salary information is inherently discriminatory under the federal Equal Pay Act because the prior salaries are themselves a product of gender bias. Equal Rights Advocates (ERA) submitted an amicus brief in the case which CWLC signed onto and can be found here, arguing that prior salary is not a permissible “factor other than sex” under the Equal Pay Act, because it reflects previous gender discrimination.

In 2016, California amended our equal pay law to address this issue, clarifying that pay differentials based on race, sex or ethnicity may not be justified by prior salary alone. Last year, California passed an additional law barring employers from asking about prior salary on job applications.

The Ninth Circuit’s decision fittingly came in time for National Equal Pay Day, which we are recognizing today. We congratulate ERA and all advocates for equal pay on this important victory!