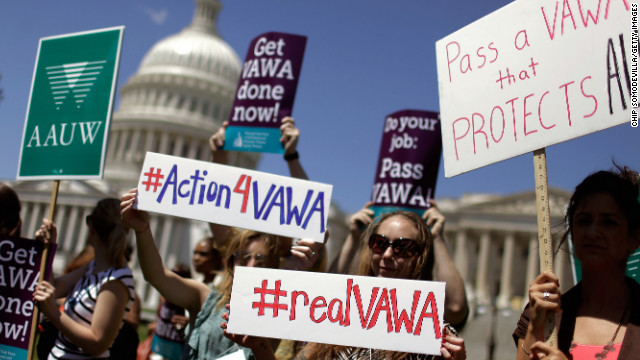 By passing the Violence Against Women Act (VAWA) on September 13th, 1994, Congress confirmed that violence against women is a national crisis and effectively combating it is a national priority. VAWA created a vital network of services for female victims of violence and established specialized training for prosecutors and law enforcement officers investigating this type of violence. It also made transitional services available to victims of violence so they could rebuild their lives.

Passed with bipartisan support, VAWA is set to expire on September 30, 2018. It must be reauthorized or many important and lifesaving resources will no longer be available to victims of gender violence.

CWLC urges the reauthorization of VAWA to maintain and strengthen resources for the most vulnerable among us and we hope you will call your Senators and Congressional Representatives to urge their support of the Violence Against Women Act.

CWLC is committed to pursuing justice for women and girls and with your help, we will continue our fight against sexual violence. Thank you for being part of our ongoing campaign for equality.

CWLC recently released a comprehensive legal guide which identifies and outlines various claims that can be brought for sexual discrimination, harassment and assault under federal and state law. To learn more about the guide or to download it, click here.