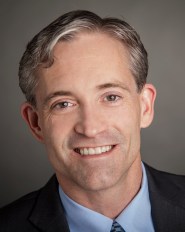 On Wednesday, November 16, the California Women’s Law Center and our sponsor Manatt, Phelps & Phillips, LLP and co-host The Law Offices of Victor L. George welcomed guests for a Distinguished Speaker Series with David Codell titled, “A Post-Election Update about Gender and LGBT Cases and Controversies.”

David Codell is a Los Angeles-based attorney whose private practice focuses on constitutional, business, and entertainment litigation. He represents clients in state and federal courts, both at the trial-court and appellate level, and he has secured victories in numerous cases with historic rulings advancing civil rights. In 2015, David was co-counsel in litigation before the Supreme Court of the United States that resulted in the ruling that all states must permit same-sex couples to marry and must recognize the marriages of same-sex couples. He recently served as the Constitutional Litigation Director of the National Center for Lesbian Rights and, prior to that, as the Visiting Legal Director and Senior Scholar of Law at the Williams Institute at UCLA. David served as a law clerk for Judge David S. Tatel of the U.S. Court of Appeals for the D.C. Circuit and as a law clerk for Justice Ruth Bader Ginsburg of the Supreme Court of the United States. He did his undergraduate work at Harvard College and received his J.D. degree from Harvard Law School where he was a Supreme Court Editor of the Harvard Law Review.