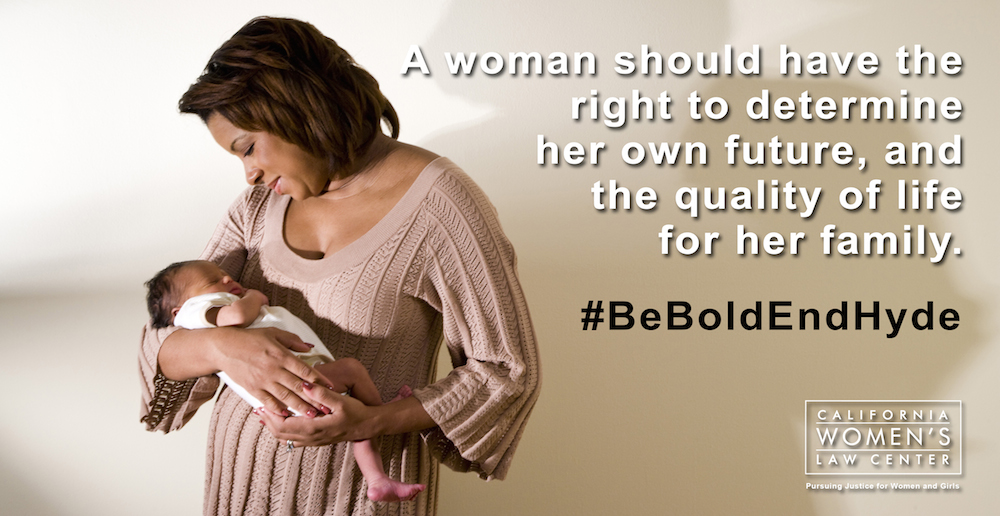 There are two pressing issues currently affecting women’s access to reproductive health care.  The Hyde Amendment and attacks on Planned Parenthood, which include fraudulent media smear campaigns and Congressional threats to defund the organization.

What is the Hyde Amendment?

Originally passed on September 30, 1976 by the House of Representatives, the Hyde Amendment is not a law but a legislative provision that has been attached to appropriations bills every year since 1976.  The Hyde Amendment restricts the use of federal funds for abortion except in the cases of rape, incest, or when the life of the mother is endangered should she carry the fetus to term.  This means that women with federally funded healthcare like Medicaid are systematically denied access to abortions.

The History of the Hyde Amendment

Abortion became legal in 1973.  At that time, Medicaid covered abortions in the same manner as it covered many other medical procedures.  However, in 1976, Congress passed the Hyde Amendment by a 207-167 vote, which thereby banned coverage of abortion within federal programs such as Medicaid.

The Impact of the Hyde Amendment

The Hyde Amendment disproportionately affects low-income women because over 12.5 million women depend on federal programs like Medicaid for healthcare.  Thus, these women are denied medical coverage of abortion because they have state-funded health insurance.  Many of these women (and the households they are a part of) will forego basic life necessities such as food and electricity to be able to pay for an abortion. Furthermore, research shows that a significant percent of women continue their pregnancies despite wanting an abortion due to financial constraints.

How You Can Help

Support the Each Woman Act